Construction Starts On One Project, While Plans Finalized On Another : CEG

by NewsReporter
in Bennington 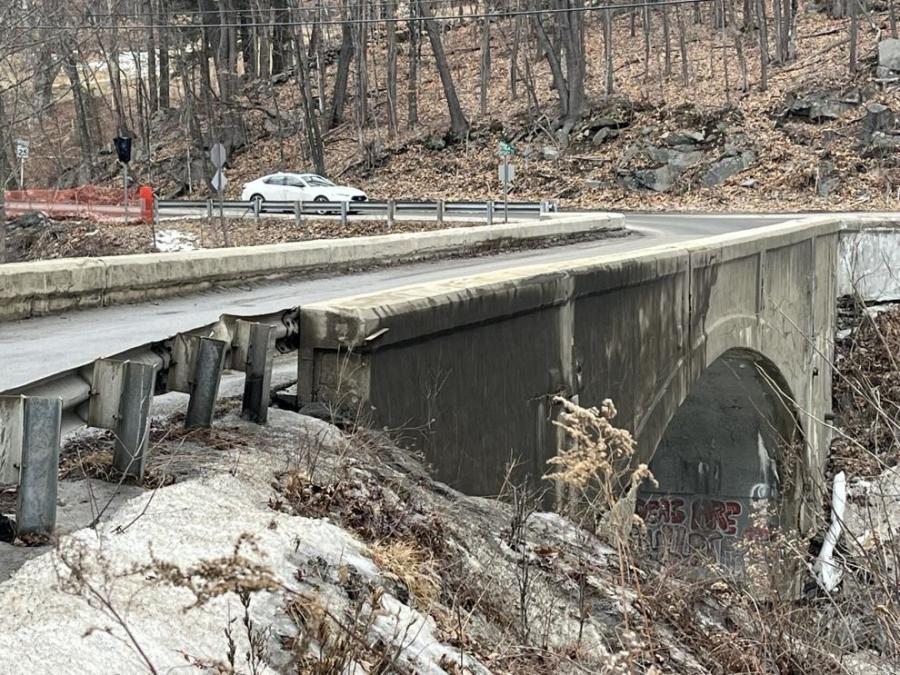 The Arch Bridge in the Williamsville section of Newfane will be replaced. (Chris Mays, Brattleboro Reformer, photo)

Despite the thaw of winter still several weeks away, an effort to replace the Arch Bridge in the Williamsville section of Newfane, Vt., has just gotten under way.

Further to the north in Burlington, plans have been completed to build a multi-purpose support building at the University of Vermont’s Virtue Field, home to the UVM soccer and lacrosse programs.

The Arch Bridge replacement project started Feb. 28 with the construction of a platform to catch debris from the existing arch to keep it from falling into the Rock River.

Plans call for it to be replaced with a precast arch, the Bennington Banner reported Feb. 22.

Carolyn Cota, senior structures manager at the Vermont Agency of Transportation (VTrans), said the existing arch needs to be removed by the middle of April due to potential effects to bat habitat.

“That arch is old and is not in very good condition,” she told the Banner, noting the original arch was built in 1908 before a later rehabilitation in 1934. “The only thing done with the truss since then is maintenance work.”

VTrans plans to widen the arch from 21 to 28 ft., with 7-ft. shoulders. It will continue to have a single travel lane.

“We’re changing the intersection configuration,” Cota continued. “But if in the future the town determines it wants to have two travel lanes, it’s designed to [accommodate that].”

Renaud Brothers Construction, in Vernon, Vt., is building the project and submitted the lowest bid. Construction is expected to cost approximately $4.23 million, including engineering. With scoping and engineering completed before construction as well as obtaining right-of-way easements, the project is estimated to come in at about $4.6 million, the Banner reported.

Federal Highway Administration (FHA) funds are covering 80 percent of the costs of construction, with the town of Newfane pitching in 5 percent, and the state contributing 15 percent.

Cota explained that the project first started around 2013 or 2014, but funding delays and changes to its plans, due to the bridge’s bat habitat, resulted in delays.

At one point, the state did not even have enough money to provide its part of the match, she said, adding that with the new federal infrastructure money coming to Vermont, “hopefully things will get a lot better.”

Although the Arch Bridge was built on solid bedrock, Cota told the Bennington news source, “We’re not even 100 percent sure what that bedrock looks like behind the existing arch. So, when they remove everything, we’ll get a better idea, and our hope is that what is there is kind of what we guessed.”

If not, she said, the project’s blueprints might be changed, as whatever is found could present challenges from a design and construction standpoint.

The new arch will not be built on site; rather, it will be constructed somewhere else before being trucked to the Rock River for installation. Due to its historic value, the new arch will be made to look just like the existing structure, Cota noted.

“It’s hard matching something that was poured in place 100 years ago versus trying to precast that,” she said. “The new arch is going to be slightly different from what it looks like right now but to the naked eye, you wouldn’t necessarily see that.”

The only safety issue with the old Arch Bridge has to do with its width, which does not meet any current standards, according to Cota, and there are no railings on the approaches to the bridge.

“I know the town did some work on the curbing,” she told the Banner. “At one point a few years ago there was not much curb left on that bridge, so [crews] went in and made it better just until the [new] bridge could be constructed.” 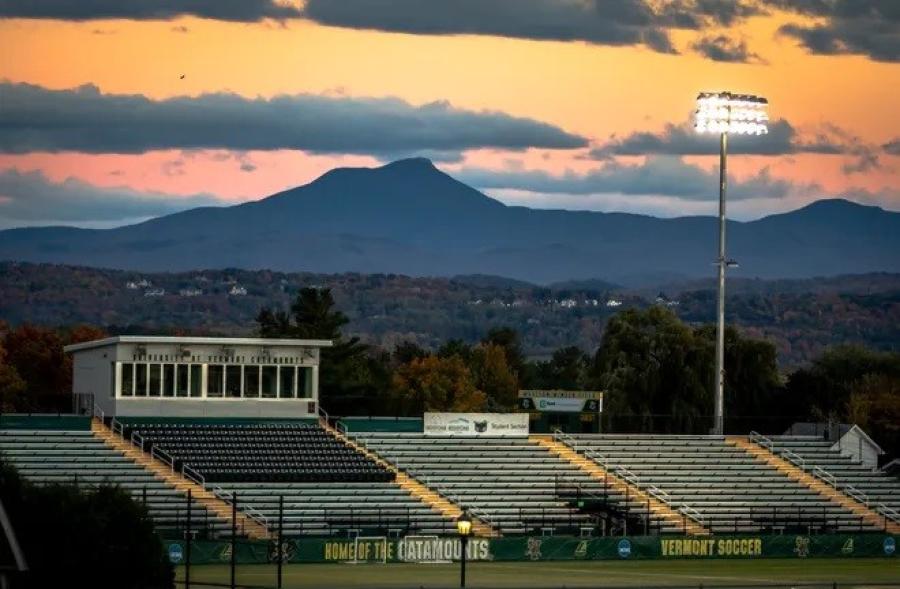 The Burlington Free Press reported Feb. 25 that a decade since its grand opening, UVM has finished plans for the last piece of its Virtue Field sports complex.

The proposed multi-purpose support building does not have a construction date yet, but Lisa Kingsbury, UVM’s associate director of planning, said the fundraising effort continues.

The building’s estimated cost is $2.4 million.

“UVM is still actively fundraising for this important addition to Virtue Field that will provide a better experience for both the athletes and the fans,” Kingsbury wrote in an email to the Free Press.

Once fundraising goals are met and the university’s Board of Trustees approves, Kingsbury said construction will get under way.

The layout of the 4,640-sq.-ft. building, according to the zoning permit, includes:

The Free Press noted that the public entrance to the restrooms and ticket booth will be on the east side of the new structure, with the concessions area on the south side. Additionally, a new concrete walkway will be installed, according to the zoning permit.

UVM’s Catamount soccer and lacrosse teams moved from Centennial Field to Virtue Field in 2012. It was named after Ted and Dani Virtue, who donated $1.5 million to fund construction of the synthetic turf field in 2011.

In 2016, the university added a 2,500-seat grandstand, complete with a press box and plaza connecting Virtue with Moulton Winder Field and the Frank H. Livak Track.